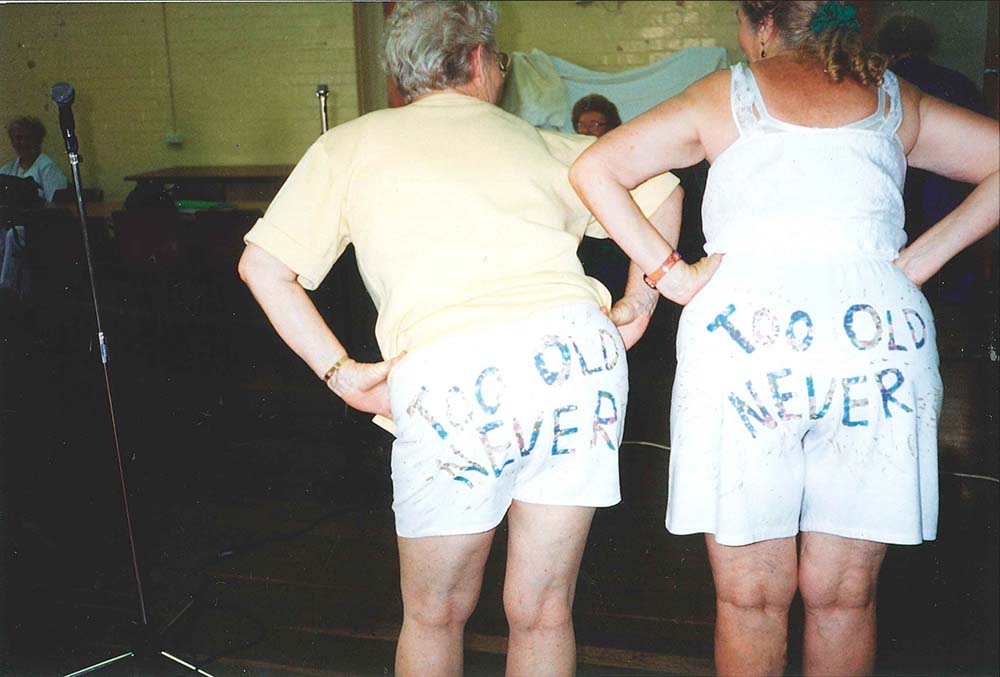 Macarthur OWN’s Melody Makers group stage a huge sellout concert Women Centre Stage in Campbelltown with a cast and crew of 80 OWN members. Newcastle OWN celebrates its tenth anniversary with an event called Well, Well, Well – Over 50 and feeling fabulous.

Hastings OWN is set up by Anne Lang, who brings the OWN ethos from the Sutherland group when she moves to the area. Hastings OWN supports Headway, a small local charity for people with Acquired Brain Injury.

History is herstory too.

The National Older Women’s Network  believes in a society rich in social capital, where mutual respect and trust are paramount, where diversity and debate are valued and where people and their networks have a legitimate voice.

National Older Women's Network (NOWN) acknowledge the traditional custodians of the land on which we work and live, and we pay our respects to Elders past and present.

We acknowledge the sorrow of the Stolen Generations and the impacts of colonisation on Aboriginal and Torres Strait Islander peoples.

NOWN supports the Uluru Statement from the Heart, the call for a First Nation's Voice enshrined in the Australian Constitution and a Makarrata Commission to oversee agreement-making and truth-telling.